Our Future. Our Voice.

We are thrilled to confirm that as reported in The Age this afternoon, Thursday 25th November, former ABC foreign correspondent and Washington Bureau Chief, Zoe Daniel will officially announce as VoG endorsed independent candidate for Goldstein this Saturday. Please join us to celebrate:

When: Saturday 27th November, from 9am

**All donations to VoG go towards Zoe's campaign. Donate here.

We are residents of the Federal electorate of Goldstein who are dismayed by the destructive influence of vested interests and party politics on our democracy.

We are part of a growing Australia-wide grassroots movement of citizens working to fix our democracy electorate by electorate.

We welcome people of all ages, backgrounds and political persuasions willing to work together with respect, integrity, inclusivity and positivity to ensure democratic decisions are based on broad community consultation and evidence-based expert advice then accounted for openly and transparently. 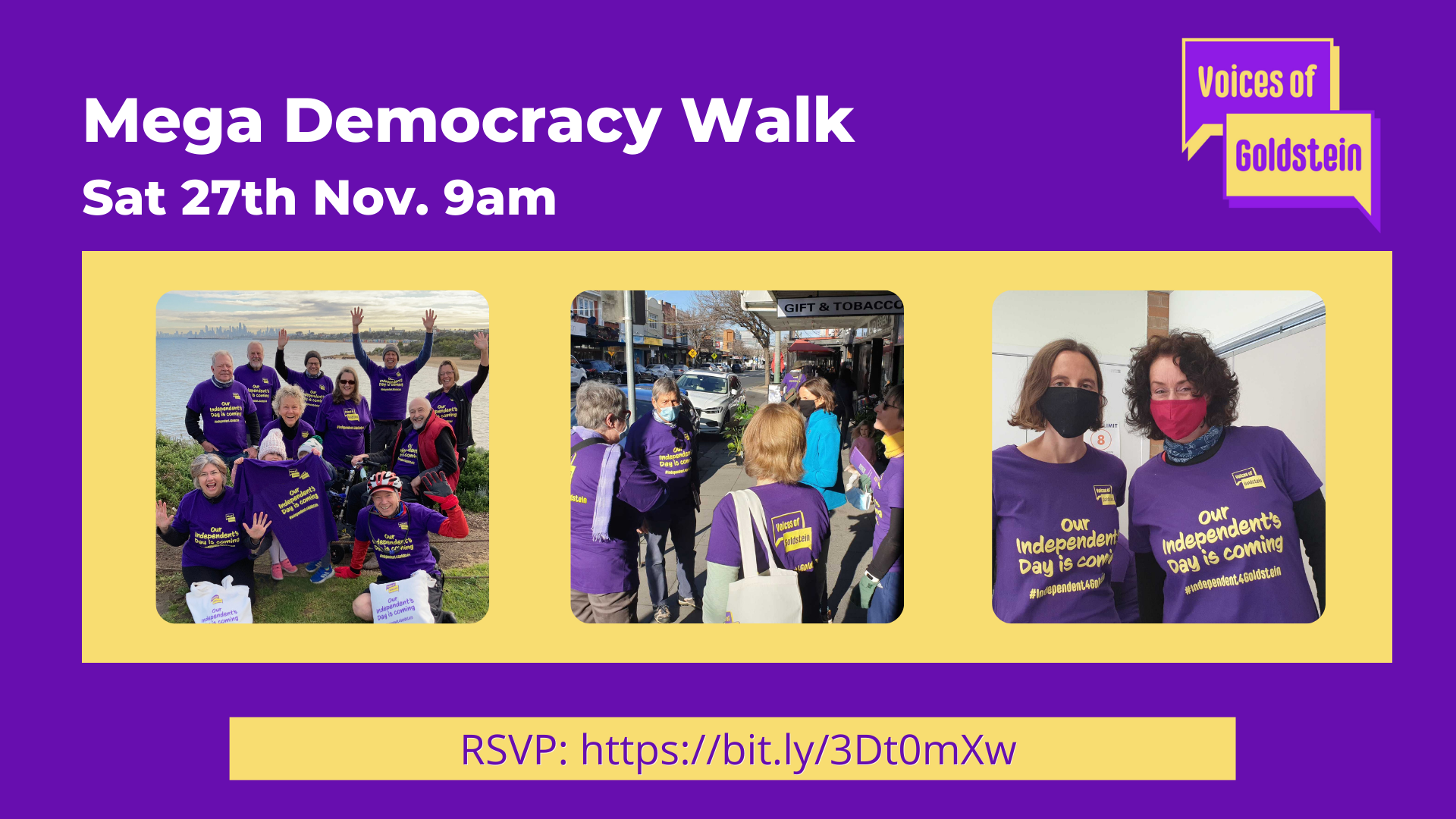 Grab some Voices of Goldstein gear and help us communicate our messages to the community!